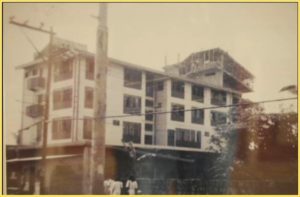 Dr. Carlos S. Lanting College (DCLC) was instituted in 1979 when the pillars of the institution, Dr. Romeo B. Casaul and Dr. Ruby Lanting-Casaul, conceived the idea of establishing a Lying-in Clinic in a trivial room along Sangandaan, Quirino Highway that catered maternal healthcare within its local community.

The inauguration of establishing a paramedical school is rooted in 1983 when decisions were built through rocks in amidst the biggest boulders providing therein opportunities to local communities to engage in various paramedical learning experiences.

The institutional nomenclature was established through the initiative of the founders recognizing the significant contributions of the late Dr. Carlos S. Lanting in the academic realm as the father of Dr. Ruby Lanting-Casaul – an emblem of their profound gratitude and unfathomable love to whom they owe everything; hence, the name DR. CARLOS S. LANTING COLLEGE (DCLC).

In 1984, the school traversed its threshold to the Midwifery field turning out 42 pioneer graduates along with the 20 number of pupils produced in the nursery school, respectively.

DCLC has continuously flourished in 1985 opening various additional college programs Dental Technology, Food Technology, and Associate Radiology Technology, to name a few. This even includes the offering of grade school as the onset of all educational levels substantiating its incessant service to the community.

Emerging from a humble beginning, DCLC has been known as a medical school offering programs like BS in Nursing, BS in Radiologic Technology, BS in Medical Laboratory Science, and BS in Physical Therapy. It has produced graduates who now soar greater achievements enlivening the dogma and ideals of the institution’s promise to excellent service it upholds including the top-charting percentage of passers to different board and licensure examinations.

Beginning 1988, the school has produced graduates who topped in several board examination results across the country. The institution took its national slope in the academic tilts as number one among schools offering BSRT and number three for RT.

Adhering to the vision of the founders, it continues to augment as DCLC complied the provisions of the Det Norske Veritas (DNV) Rules for Maritime Academies. Such marks an important milestone in DCLC to be certified as the Thirty Third (33rd) Maritime Academy offering the BS in Marine Transportation and BS in Marine Engineering Programs.

The year 2000 brought another feather in the school’s laurel distinctively recognized as the College of Nursing produced the very first board topnotcher in the Nursing Licensure Examination with Ms. Dinabelle Fermin. The college has continuously produced topnotchers in the succeeding years.

Through its fervent exudates and toil to striving efforts, DCLC has also opened its educational doors to offer programs such as BS in Customs Administration, BS in Business Administration, Bachelor of Secondary Education, Bachelor of Elementary Education, BS in Psychology, BS in Computer Science, BS in Hotel and Restaurant Management, Master of Arts in Nursing, and Master of Arts in Education.

The Basic Education Department (BED) as one of its forefronts has also taken its steps in opening Senior High School Program as a response to the national call of the K to 12 Basic Education System, a current thrust on the educational revitalization of Philippine Educational System under Sustainable Development Goals. The BED offers both Academic and Technical Vocational tracks.

In its commitment to continually build its history of molding young minds and shaping their future, DCLC has opened new academic opportunities that prepare students for leadership in Criminology and Tourism realms.

The past of DCLC is a saga of steady growth and transition. From a few hundred enrolees, the population has created an incremental number of learners to several thousands of students. Hence, to fill the growing needs of student population and through the dynamism and expertise of the administrators, DCLC has fabricated new facilities from site development up to modernization of learning resources and support structures. All these provide academic, professional, and extracurricular experiences for the students, teachers, and other stakeholders. Thus, these help DCLC gain a competitive edge in the community and the country at large.

In its never-ending quest for excellence and quality education, DCLC has proven its tutelage by keeping pace with international standards. DCLC has been an ISO 9000 compliant since 2007. This means that the institution’s Quality Management System (QMS) meets the standards and requirements of the International Organization for Standardization even becoming certified as ISO 9001:2015.

DCLC’s pursuit of continuing quality in higher education has also heightened as it enters the accreditation. Three of its college programs have passed the Level I Formal Accreditation of the Philippine Association of Colleges and Universities Commission on Accreditation (PACUCOA). These are the BS in Nursing, BS in Marine Transportation, and BS in Radiologic Technology. Further, institutional monitoring and evaluation has been embraced by the school community thereby opening its portals to various inspections from regulatory bodies. 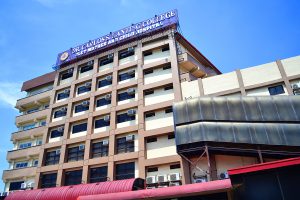 At present, DCLC continuously aggrandizes its seemingly long-slumbering navigation for educational amelioration by providing life-long lessons that each learner deserves. In its oath to academic and holistic development between and among its clienteles, the institution internalizes its vision and promises to materialize its mission in catering all necessities deemed necessary in its various operational functionalities. The school incessantly flags its baton of excellence in ensuring quality education among its learners and other stakeholders and instigating positive life-transformations among them.

Indeed, DCLC an edifice of excellence.

DCLC aims to be one of the country's leading colleges in providing quality education.

To produce competent graduates who can contribute to nation building

Dr. Carlos S. Lanting College is committed to provide quality education with the best teaching and learning practices in order to build and strengthen students’ career aligned to the needs of their generation. DCLC is also dedicated to meet the highest level of stakeholders’ satisfaction and adhere to quality standards by:

To ensure continual improvement, there shall be constant introspection, assessment, implementation and maintenance at all levels of the organization.